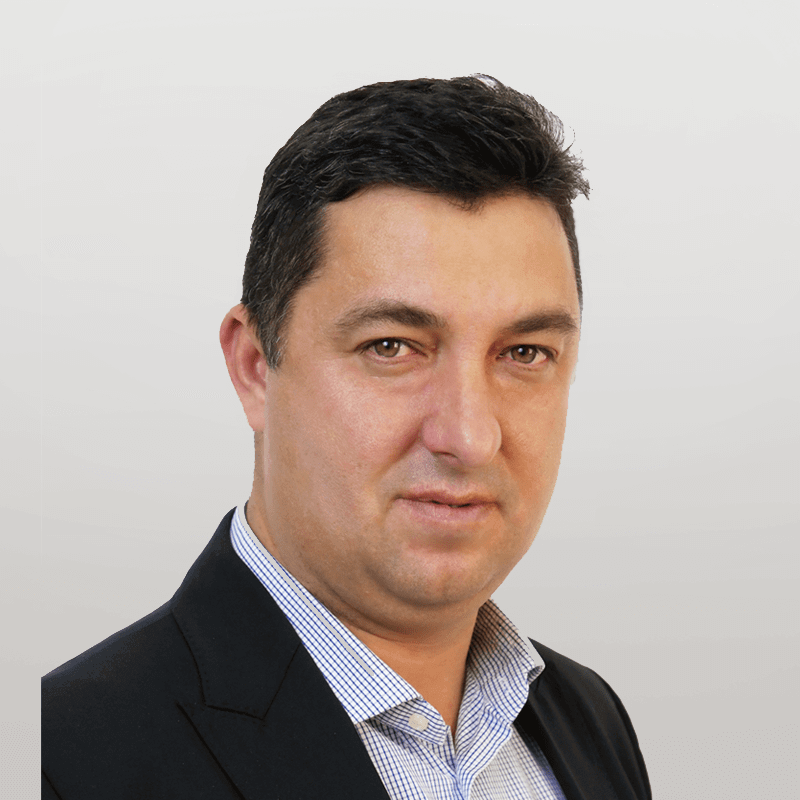 Softengi has developed a proprietary driver set for embedded device data interchange on the internet for the client who chose to be undisclosed. It advances the proven and trusted secure communication methods one step further. The driver set has enabled better reliability and attack-resistance, as well as manageability for a cyber-physical system. Having accumulated this unique experience of development, we would like to share our ideas on the challenges and solutions in the IoT for manufacturing and logistics.

Manufacturing process starts from supply in many cases. The supply chains are evolving under the pressure of COVID and more and more businesses rely on domestic providers according to HBR. Given the lack of locally available specialized labor, factory automation comes to the forefront. Apart from aspirations, the automated manufacturing method must come at a low price. Otherwise, in a highly competitive market, cheap labor wins against any automation, be it at the costs of lower product quality.

Therefore, the actual trend for automation is supposed to enable inexpensive and at the same time high quality goods manufacturing. The low costs is a new factor distinguishing current from the previous push for automation.

That is how COVID made manufacturing 4.0 closer.

The cyber-physical manufacturing systems, which provide high quality, are capable of producing small product batches. The latter are approaching individual customization in size. That means that the same assembly line would need to refocus on production of various products during its lifetime. Formerly such a refocus would require assembly line redesign and some hardware changes.

In contrast, the ability to change output programmatically without any hardware change is the new requirement. Internet of Things (IoT) is an engineering approach that might enable code-driven manufacturing.

That is why IoT has become an integral part of smart supply chains and smart manufacturing, especially after COVID-19.

A set of physical assets being interlinked via the internet huddle to produce a batch. Depending on the product, different sets of assets join their efforts. Given that an IoT enabled cyber-physical system would be more capable and complex, it would be more expensive. It puts an overhead on the product costs.

This constitutes the major problem to solve for manufacturing, one of 5 major challenges defined by PwC.

Digging deeper reveals that a manufacturing system has two cost components: capital expenditures (CAPEX), operational expenditures (OPEX). High CAPEX, which is driven by equipment investments, might be acceptable for some high-margin goods, or particularly in our case for long-lived equipment. It is not an issue.

High OPEX is the most prohibitive factor for more automation (see figure, optimal system complexity). The more complex automated manufacturing is going to be enabled by larger IoT fleets. Larger fleets are enabled by:

The latter is the addressed problem. It has two administrative aspects: device configuration effort, system maintenance effort. The cornerstone for the former is human-machine interface automation, for the latter is cybersecurity.

To resolve the seemingly contradictory requirement on low system costs, while providing potential for high quality and variable output, the technology has to enable low administrative costs. It would shift economically viable system size towards a system with larger member numbers. The larger system size would enable a more complex and adjustable system.

As stated above, there were two tasks for us.

One task has been mandated by the client (better IoT cybersecurity). The other was a latent issue (device configuration/cost-efficient administration). Solving one without the other wouldn’t produce a competitive technology. Since the client’s intention was to enable complex IoT system deployment in an industrial setting, the initial challenge was to produce a product, while being mandated to develop a feature.

The mandated task was to address an issue of reliability for an IoT-enabled manufacturing system. Embedded devices on the internet have to work in accord to become a meaningful system. The coordinated operation is easily disturbed by adversaries. Devices have to communicate reliably despite attempts to intervene.

Here are the most common OT security problems in manufacturing according to Deloitte that are connected to IoT and all the Industry 4.0 implementations.

Preserving the Advanced Level of IoT Security for Manufacturing Systems

Contemporary secure communication depends on either shared key, or on public key infrastructure. The former is cumbersome to administer for the large IoT fleets (multi-key); or it would be attack-prone (single key). Gaining access to internals of one IoT device, exposes the single key for many network nodes. The latter produces a single point of failure system. The former system becomes inoperational due to segmentation.

The late OPC-UA (Open Platform Communications United Architecture) approach introduces PKI (Public Key Delegation) onto dedicated servers within IoT segments. It solves the issue of segmentation. Unfortunately, it increases administrative workload, increases BOM’s bottom line, and expands the attack surface for the single point of failure. Massive industrial IoT deployments with OPC-UA wouldn’t gain a technological edge.That is, there will be no economically viable breakthrough in IoT fleet scale to expect. So the challenge was to go beyond the known and it is still not being solved.

The creativity challenge was accompanied by the adoption challenge. The industry had split in OT and IT domains. Solving the task in the OT domain by advancing IT tricks doesn’t really help to produce welcomed technology. It required adding another UI layer in order to hide most of the complexities. Fortunately, it aligned with the need to provide convenient device administration so that solution converged.

The Softengi team has helped the customer to:

A driver set for communication among embedded devices has been developed from scratch. The infrastructure components have been appropriately integrated. The code has been packaged into a competitive product.

A Product consisting of:

has been developed from scratch to satisfy contradictory requirements. It can advance flexibility and robustness in industrial cyber-physical manufacturing systems. The systems built upon the technology will enable establishment of commercially viable local factories. The unique features are advanced IoT security and lower costs IoT fleet administration.

The Internet of things is a relatively new technological phenomenon. It is the last offspring on the evolutionary path:  mainframe computer – cluster computer – on-premise server – edge computer – IoT device.

Most people adore new toys, so the ideas on how to reap benefits from IoT pop up regularly. The ideas work well for the ever-diminishing scale of a problem at hand. That is, computing capacity reduction at a computing node plays along in case the task complexity is low and computing miniaturization advances.

Some tasks can indeed be helped by lighting up e-matches instead of bare wood!  The majority can’t. The true power for IoT systems lies in the capability to simultaneously

1. Cargo tracking or asset tracking. Today a cargo container can easily be monitored remotely. Nevertheless, some cargo is still open and some goods are stolen. Placing a tracker in a box (multiple boxes in a container) could make it easier to prevent and investigate any incident. It requires cost reduction for trackers and handling two orders of magnitude larger numbers of assets. It is a task for IoT.

2. IoT for the Assembly Line. Assembly lines are generally inflexible. Product customization is available mostly in product attributes – not in product variety. A reconfiguration of an assembly line for a different product line may take hours to months. Having assembly line components to gather together for a task and then split apart on demand would produce a flexible production system fit to high consumer demands. It is a task for IoT.

Firstly, big computers act as central control hubs. The hubs serve responses to all requests originating in the periphery. The larger the system scale is – the more intensive these requests are. A proportionally raised requests rate requires a multiple of that in spending on big iron. That naturally limits the size for commercial systems.

Secondly, acting as a hub requires long connections to the periphery. The larger the system scale is – the further requests and responses are traveling. It introduces significant lag to control loop commands and increases the blackout area, i.e. periphery segments that are temporarily incapable to communicate with the center.

Delegation of decision making to periphery nodes could significantly reduce costs and improve robustness of the system.

The aforementioned principles work here in reverse. A system of much larger scale and coverage could be implemented for the same money, while the overall reliability improves. This seemingly tempting opportunity brings a number of challenges. For example, node administration costs are rising, and the level of security is decreasing. It is challenging for a novice to design a proper system even at the edge computing level. A large share of contemporary IoT systems is not prepared for serious businesses at all. Outsourcing clients largely see the benefits of their system design, and then arrive cold at prospects.

Having accumulated this unique experience we can truly say that the IoT systems developed by Softengi are not only working but performing.

Creating lab automation and orchestration process for MicroTechnix we helped the company to reduce the operational time and reduce the number of possible human-made errors. The automation of repetitive tasks made it possible for many employees to work on more creative tasks.

IoT for warehouse or asset management is a wise solution in a post-COVID world where human contacts are limited and there is a need to transfer the information fast. There are numerous different technologies that make asset tracking with IoT possible: RFID, QR codes, GPS tracking. All these technologies can be interchanged depending on the needs of the client and the environment.

When we're looking for reliable IoT solutions for Covid-19 we understood that our own office needs improvement. That is how we created a virtual office.