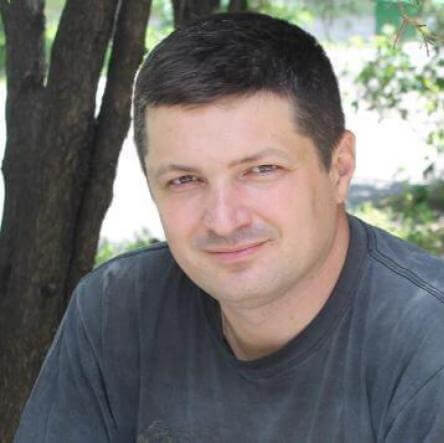 Necessity is the mother of invention. But in many cases, scammers are the drive force of any progress.

In the information technology era, information is exchanged not only between people but also between things ( that is how we get the Internet of Things). And some of this information is very sensitive.

Read more about typical IoT security challenges and their solutions

So, what information can IoT sensors collect, where is it stored, and how dangerous if it gets publicly available? Let’s talk about it further on.

IoT sensors: What Information Can be Collected?

IoT sensors can be installed on garbage cans, which are then called ‘smart’ bins. The signal that the bin is full goes to utilities. Further, a dispatcher plans a route of the sweeper, taking into account this information, and picks up garbage only from full baskets.

Let’s say that someone wanted to joke, hacked the system, and began to replace data. I suppose that there will be problems with garbage collection in the city. After all, the number of cars in the fleet has already been optimized for a certain load, and not for checking all garbage cans at the same time. The consequences can be critical not only for the residents of a given city, but for the mayor too.

As you can see, the problem of garbage removal can lead to a collapse of an entire city. Well, here’s another example from a ‘smart’ city, where IoT sensors can control, for example, traffic lights, called ‘smart’ traffic. The traffic collapse could happen almost immediately if traffic lights crashed.

You can give a lot of examples from all areas, even with agro, where IoT sensors control the irrigation system. By replacing information about soil moisture, you can either water or dry the fields. It is unlikely that anything will grow thereafter such irrigation, and the losses will account for millions. In other words, at first glance, information from IoT sensors may seem completely harmless, until the bad guys use it. I’m afraid to give a similar example from medicine, I don’t think it would be appropriate here.

Today there are already two kinds of data transmission technology, which, in my humble opinion, are the leaders in this industry. Yes, we are talking about LoRaWAN and NB-IoT. At the same time, in individual countries, solutions similar to these technologies can be developed as well.

The main difference between the technologies is that LoRaWAN is deployed at its base stations, while NB-IoT uses a mobile operator’s network. At the same time, using NB-IoT also needs to use a SIM card of the same operator. By the way, thanks to this symbiosis, in my opinion, this solution is more secure, but at the same less energy-consuming, which significantly narrows its scope of application with autonomous power supply, without being connected to an external power supply.

Information from IoT sensors is transmitted and stored mainly in the cloud. In this area, to my mind, two stable leaders have also emerged, these are AWS and Azure (check this link if want to know what cloud service to choose). At the same time, there are other local servers, where information with limited access is mainly stored. Naturally, access to these servers is provided by using special keys assigned to employees and through security channels.

What is Data Lake?

With the development of cloud technologies, it became possible to store even more information than before. Previously, databases only stored structured data. Now, this information is more valuable because it is feasible to store unstructured content. This technology is called Data Lake.

By the way, if you do not target information correctly, this lake turns into a swamp very quickly.

So with the advent of the Data Lake, it became possible to accumulate information for future use. For example, an IoT sensor can transmit information about the wind speed, while it can also transmit service information that is not of interest to anyone at the moment. BUT!

Today it is possible to use AI to get insights from the unstructured data as well.

So, the next step is the search for patterns, let’s call them profiles and their analysis in order to gain new knowledge. In our example, let’s say, a ‘hidden’ pattern was found that periodically during strong winds the voltage level decreases. After repeated measurements, it will be possible to identify that this occurs during a storm.

As a result, we don’t only receive information about the wind speed but also about its possible cause because the sensor is solar powered. After analyzing the history, as well as comparing the data with technological work in the field, it will be possible to conclude the reason why the yield is poor. For example, crop protection products were applied before heavy rain, so they didn’t work.

Thus, an enormous amount of information is collected with help of IoT sensors. At the moment it is still difficult to say how the collected information will be used in the future. With such simple examples, it is already clear that people should pay much more attention to data protection than they thought they should. If we could use the capacity of security technology more effectively, it would allow us to launch IoT services in different spheres faster. This will be especially topical in medicine in the near future. As you know, master of information, master of the situation.

Building a secure IoT infrastructure is a challenge: starting from the gadgets themselves and ending with the regulations and internal training of the team. Secure IoT solutions require time and investment. What makes it even more difficult is the fact that it is necessary to guess the attacks of the future apart from modern attacks and predict how to protect your solution in the future.

However, for the companies that gained experience in building secure IoT solutions, this task is achievable.